George Grylls, 24, won the prize with a proposal to investigate the rise of the YouTube politician. He wrote: “We know that Twitter is Donald Trump’s platform of choice, yet very little study has been dedicated to the way in which political voices and beliefs are cultivated for the YouTube generation.”

Jacob Rees-Mogg, Tommy Robinson, Nigel Farage, James O’Brien, Jess Phillips and John Bercow were among those he believed owed political success to YouTube. “In an age of weak leaders, these voices have swayed the debate. Politics currently favours firmly-held beliefs that are aggressively defended, in part, I would argue, because they are most easily editable into short online clips.”

His £21,600 prize will see him undertake two fellowships over the course of 10 months at the New Statesman and The Times, beginning in October. These titles now sponsor the award, taking over from Haymarket Media, which supported the award for five years after it was established by its founder, Lord Heseltine, in memory of his lifelong friend, the editor, political journalist and commentator Anthony Howard.

Previous winners of the award, now recognised as one of the most prestigious in British journalism, have gone on to political reporting careers in the national press.

“Parliament is in tumult at the moment,” said Grylls, who studied International Journalism at City University. “A day seems to be a long time in politics, let alone a week. As a young journalist it will be an exciting challenge to keep up with it all. Fortunately, the New Statesman and The Times have some of the best in the business for me to learn from. It really is a privilege to cut my teeth at two such prestigious publications.” 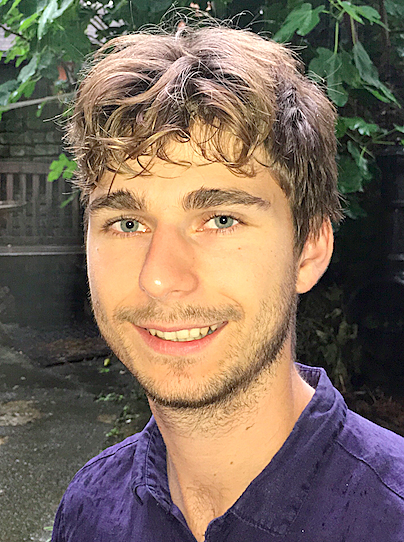