Anthony Howard was among the most acute political commentators of his generation, a familiar face and voice on television and radio, and a distinguished editor of the New Statesman.

In his writing and broadcasting, as in his editing, he delivered sharp and definite judgments. His assessments of a politician's chances of high office or party leadership were instantaneous and nearly always right. His interest was in politicians, and the political process, not in policy or political philosophy. His books were about people, he wrote biographies and his last full-time job, as obituaries editor of the Times, was one that he requested, and which gave him special pleasure.

From university, where he chaired the Labour Club before being elected president of the Oxford Union, he was a firm Labour supporter who in the 1950s was briefly a prospective parliamentary candidate.

Howard was the son of an Anglican clergyman, and remained engaged with the Church of England all his life, nearly always attending Sunday services and taking a close interest in the church's elaborate internal politics, both past and present. He was educated at Westminster school and Christ Church, Oxford, and intended to become a barrister, after being called to bar at the Inner Temple in 1956. But he had been features editor of the Oxford students' magazine Isis and, when he began his delayed national service as a second lieutenant in the Royal Fusiliers, he indulged his passion for writing by keeping a diary of his training, parts of which found their way to a small-circulation magazine.

Success with his diaries led him to switch from law to journalism. He first joined Reynolds News, the Co-op movement's paper, and then, in 1959, the Guardian, with a brief to cover politics outside London, a job that required him to give up political ambitions. In 1961, he moved to the New Statesman as its first weekly political columnist in the modern style, mixing reportage, observation and judicious comment.

In 1965 The Sunday Times appointed him Whitehall correspondent, working outside the parliamentary lobby, which Howard regarded as docile and even corrupt, and rooting out true stories of what ministers and civil servants got up to. After what he later described as "the most frustrating and miserable summer", Howard accepted that the job was impossible.

He was rescued by the Observer, which made him Washington correspondent in time for some of the most dramatic episodes of the 20th century, including the Vietnam war and the unravelling of Lyndon Johnson's presidency. These events gave Howard full rein to indulge his taste for political drama and also to begin his broadcasting career, making regular contributions on America to Radio 4's The World at One. He then returned to the New Statesman as assistant editor to the former Labour cabinet minister Crossman. When Crossman's editorship ended in 1972, Howard was the natural successor.

His editorship, lasting six years, was acclaimed – albeit more in retrospect than at the time – as a golden age. He recruited an extraordinary array of young talent, including Martin Amis, Christopher Hitchens, Julian Barnes, James Fenton and Patrick Wintour . He watched over their later progress with pride and occasional anxiety, always sending handwritten notes to mark a career advancement or an outstanding article. He valued, above all, good, vivid, witty writing – "do me a flashy piece," he would instruct contributors – and he was a meticulous and courteous editor, always phoning to acknowledge delivery of copy and adding an immediate, concise judgment as to its quality.

After briefly considering a renewed attempt at a political career, he edited the BBC-owned Listener magazine which he tried to turn, with mixed results, into something more than radio talks in print. In 1981, he returned to the Observer as deputy editor, where his achievement was to create a Sunday page so absorbing and elegantly presented that many readers still recall it.

He was a nationally recognised media and political pundit, appearing regularly on programmes such as Granada's What the Papers Say and Channel 4's Face the Press, and therefore had no difficulty sustaining a healthy freelance career, with weekly columns in the Independent and, later, the Times. He became the elder statesman of political commentators, with a remarkable memory for dates, names and incidents of 30 or more years previously and a knack of putting contemporary political events into a long perspective without seeming cynical about the present or tediously nostalgic about the past. He became the Times obituaries editor in 1993. He was awarded the CBE in 1997 and after retirement in 1999, he continued his broadcasting and freelance writing career. He also continued to seek out the best restaurants, to frequent the Garrick and Beefsteak clubs and to attend parties assiduously, eagerly receiving and dispensing the latest gossip. 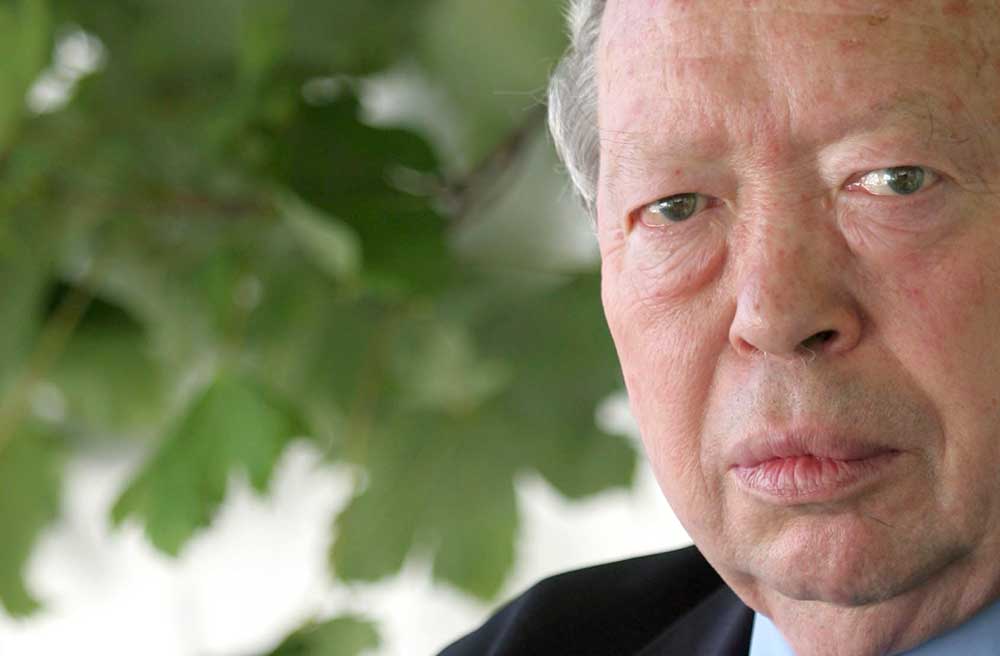